A New Strategy for a New Year – How Will You Promote Your Company in 2011?

As December rolls around and 2010 comes to a close, many businesses will be evaluating the year that has just gone. For many it has still been a tough year despite the end of the recession, and companies are still being careful as the economy struggles its way into recovery.

As companies look for ways to improve business in 2011, marketing and promotional strategies will be looked at to try and capitalise on missed opportunities and ensure 2011 is as profitable as possible.

All kinds of marketing experts are having their say on what will be successful in 2011, but one brand strategy that has been successfully exploited throughout the downturn has been based on the old fashioned, traditional image of Britain. Old characters from commercials past have made a reappearance and companies have been looking to establish themselves as a brand that has established roots, being there for people through good times and bad.

There are two obvious examples of this in recent television adverts. One of these is the recent re-emergence of the Tetley Tea family. Deemed unfashionable during the boom time when everyone wanted to be seen as driving forward but a welcome, comforting sight when people are consolidating during the bad times, using the rose tinted glasses of nostalgia to remind customers of better times.

The other example of this is the rather grandly produced Hovis advert which features a young boy’s dramatic trip to the shops via some notable landmarks in history. This advert showed the stable, dependable presence of your favourite loaf of bread through the best and worst periods in history, establishing themselves as a family favourite for generations.

The economic forecast for 2011 is mixed at best, with continued recovery (all be it a slow one) being mixed with public sector cuts and the austerity budget really bearing its teeth. So will companies still use their traditional roots and reminders of a by-gone age to make their brand appeal to customers, or can we expect to see a more forward thinking approach, with businesses exploiting innovations in internet and viral marketing to make their brand more appealing?

There has been a danger that with the advent of viral marketing, “the brand message” could make way for a more gimmicky approach, sacrificing brand identity for something more spontaneous and memorable. But one thing is for sure, a strong brand is still integral to the success of any marketing and promotional campaign, as a gimmicky ad that no one associates with the company who produced it is no good to anyone.

Whatever 2011 has in store, a strong and recognisable brand that resonates with your target audience is still essential, and marketing bosses will be monitoring the mood of the nation to make sure they are striking the right chord with their customers. 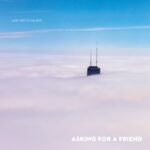 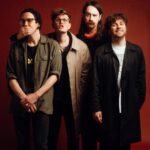