San Francisco has always been an arbiter of California culture, and this was as true a century ago as it is today. It is home to its own specialty cuisine as well as a unique variety of sourdough bread, the place where steam beer was born, and its proximity to the Pacific Ocean has given San Francisco a well-earned reputation as a place where delicious seafood can always be had, some quite specific to the region, such as Dungeness crab.

California itself is a vast agricultural state that provides the rest of the country with fresh vegetables and fruit, and of course it is America’s largest producer of wine. What is less known is that San Francisco played an important role in promoting the export of food through canning in an era when it was not possible to refrigerate trucks and trains.

Canning and the preservation of food is something we take for granted now, and canned foods are often regarded as inferior to fresh. But this was not always the case. The history of food preservation in tin cans or mason jars goes back all to the way to 1795 when the French army, at the behest of Napoleon himself, offered a reward to anyone who could come up with a method of preserving food on long military marches and campaigns. An inventor came forward named Nicolas Appert who suggested sealing food in metal containers and then pasteurizing them by raising the temperature of the sealed food high enough to kill any microorganisms within. The system worked and was proven on a test with the French navy in 1806. Appert walked away with the prize in 1810.

By the early 1820s, canning had taken hold in New York and in California, with Robert Ayars setting up the first American canning factory in Manhattan in 1812. By 1888, double seams had been invented by Max Ams, creating the modern, airtight seal that we know in canned food products today. This is the sort of can with a cylindrical body made with anodized steel, with the two ends attached using a double seam. The sealed can thus did not need to be soldered, which was often a source of contamination and lead poisoning.

Though canning was used by various militaries throughout the 1800s, that was done more out of necessity than because the food tasted better, and it took a while for the notion of canned foods for sale in neighborhood grocery stories to take hold. It was not until later in the nineteenth century that it came into general use by the public, especially in California where fresh vegetables and fruit were available year round. Cooks on the West Coast generally regarded canned products as inferior to fresh produce, but this began to change in 1916 when a San Francisco socialite and chef became an outspoken advocate of canning as a method of increasing the variety of foods available in everyday dining.

Sarah M. Williamson was a wealthy San Francisco single woman, born in 1878. By her mid-thirties she had a wide circle of friends stretching across the continent; she knew every important family West of the Mississippi. As such, her views were influential.

“Why ban canned products?” she wrote in 1916. “Especially in this state, where the most delicious fruits, vegetables and meats come in cans? Wonderful dishes can be concocted from cans,” she added. “People who have not experimented with canned goods, or who consider them unwholesome make an enormous mistake. Most excellent meals can be gotten up from cans. With canned peas, beans (string) and asparagus, one can make a perfect salad, and the sliced canned tomatoes are also fine in salads. A can of oxtail soup used for gravy stock metamorphoses a second day cut of meat into a stew or fancy roast that an epicure would enjoy.”

Commercial canning was relatively new in 1916 and its commercial success could have gone either way. While California was a source for canned goods back East, local chefs felt that they were best destined for distant places where fresh foods were simply not available. It was voices like that of Sarah Williamson that helped turned that perception around, and it was she who recognized that canned food was always preferable to stale food, in those early days before refrigeration, which had been left too many days in the larder.

Sarah Williamson had relationships with many famous people of her day. She discovered, for example, that Jack London, the famous writer, was very particular about the way he liked his rice cooked, and she persuaded Jack London’s wife to part with her husband’s favorite recipe, which she published in a local newspaper.

Sarah Williamson is not a figure much remembered in the 21st century, though she clearly played a role in the culinary history of San Francisco and perhaps has had an effect on the evolution of taste and culture in California, promoting as she did in the second decade of the twentieth century a technology that was then new but still regarded with suspicion by many housewives, and indeed, sometimes shunned as unhealthy. The California of 1916 was just beginning to develop a sense of its modern place, culture, and ambience, and canning of food would help make California a huge exporter o America and even to the rest of the world. 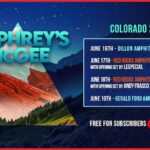 Previous Story
Subscription Exclusive Livestream for Colorado on nugs.net
→ Next Story
How Much Is The Salary Of An Occupational Therapy Assistant?