What is the Kaizen Promotion Office?

Lean and Six Sigma methodologies have developed to the stage where, in many companies, they have been combined into some sort of operations excellence function, usually headed up by a manager, director, or vice president. There is often a small staff of experts in lean (Lean Sensei, Lean Black Belt/Green Belt/White Belt) and six sigma (Master Black Belt, Black Belt, Green Belt, and Yellow Belt).

This function is called the Kaizen Promotion Office…..a group of experienced facilitators who can assist anywhere in the company with it’s Lean and Six Sigma activities. It’s purpose is to provide the resources for continuous improvement. Ideally, this would always be in the context of a value stream

The two types of activities supported by the KPO are:

The Kaizen Promotion Officer, as leader of this group, would typically report directly to a senior manager, someone like the COO, or perhaps the CFO.

If companies have evolved these two methodologies to this point, they’re in pretty good shape for the challenges and opportunities facing them in the future. If not, there’s going to be trouble.

Some (many?) companies still have only a six sigma function. Some (fewer?) only have a lean function. Some (even fewer?) have both lean and six sigma, but they’re operating separately and often fighting with each other over who’s more important. Some companies (still far too many) have no lean and no six sigma capabilities at all. Enough already! Something needs to change!

The Kaizen Promotion Office is the integrating body that puts an end to the bickering and aligns both lean and six sigma people for a common cause….that of assisting the company with continuous improvement.

So, if you don’t currently have a KPO how do you get started? Good question.

First, you’re going to need to get some people trained in lean and some in six sigma. There are many resources (books, seminars, trainers, consultants, colleges and universities, the internet, etc) available for that. You just need to budget some money and time and get going on building your own internal resources.

Second, you should identify a leader for this newly-emerging KPO. This is going to have to be a person with the technical skills (lean and/or six sigma) plus the passion for changing the company.

Third, you’ll need to give them a home address….a place where they can reside together and work as a team.

Fourth, you’ll have them deployed on lean and six sigma projects…always best done in the context of value streams. If you don’t yet have value streams, this could be the very first thing the KPO people work on.

Fifth, their “care and feeding” will have to be taken care of. They’ll need their own operating budget, training programs, and career development process so they can be effective.

Sixth, the senior officers (CEO, COO, CFO) need to get personally involved in promoting the use of the KPO. Middle management won’t do it just because the KPO is there.

Seventh, the KPO needs to achieve some short-term victories…..some early wins in the company.

Eigth, the KPO needs to be actively advertised throughout the company. Put stories about them in the company newspaper, on posters, in corporate communications of all types.

Nineth, the KPO needs to grow by adding new members and expanding it’s “reach” throughout the company.

Tenth, the KPO begins to work at the macro-value stream level by integrating suppliers and customers in improving the entire supply chain.

So there you have it! Ten steps to get a Kaizen Promotion Office up and running in your company. Try it, you’ll be glad you did. 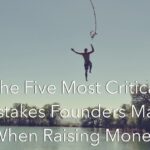