Not even two weeks after BTS announced they were taking some time to focus on solo projects, Jungkook has set out on his own to team up with Charlie Puth for the upbeat new single “Left and Right,” which arrived first thing Friday (June 24).

The duo also promised a yet-to-come colorful music video, releasing a teaser for the clip on Thursday that sees Puth and the youngest BTS member together and in solo shots, pining over a past love. Last week, Puth pledged that he would drop the Jungkook collab on June 24 if he racked up 500,000 pre-saves for the song — and clearly ARMY came through.

“Left and Right” is Puth’s third song of 2022, leading up to his third solo album, simply titled Charlie, set to be released this year via Atlantic. The pop singer/songwriter released “Light Switch” in January, which has so far peaked at No. 27 on the Billboard Hot 100, followed by “That’s Hilarious” in April.

BTS shocked fans back on June 14 with an announcement that they were going on a hiatus to work on solo projects, but Jungkook quickly clarified for worried ARMY that they weren’t breaking up. In a livestream video, Jungkook told viewers — according to a rep — that while the guys are indeed going to spend time focusing on their own projects, they aren’t going to stop working together as a team and are not disbanding.

Listen to “Left and Right” now: 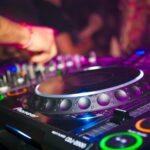 Next Story
This Song Is Sick – Bringing you the best in music every day.