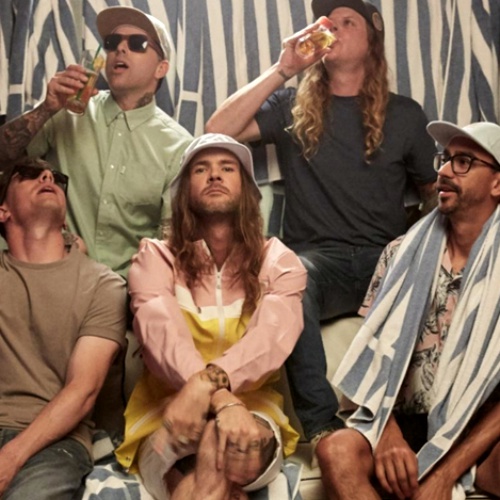 Dirty Heads, the Cali reggae-influenced band behind the viral TikTok hit “Vacation,” today released a new single “Life’s Been Good” via Better Noise Music, along with an official music video. The track is a breezy new cover of Joe Walsh’s 1978 original that poked fun at the antics and excesses of rock stars. It’s dropping just in time for summer as the overall vibe of the song inspires listeners to kick back, relax, and head into a carefree Dirty Heads summer. This spring, the band released new remixes of their massive hit single “Vacation” with producers such as Borgeous and DJ KØLA, and an acousticversion of the track after the #VacationTransition challenge went viral on TikTok, amassing over 378 MILLION streams and over 5 BILLION consumption plays across all social media platforms. Today they will also be kicking off their Let’s Get It Kraken Tour in Seattle, then heading to other cities such as Salt Lake City, Dallas, Boca Raton, Milwaukee, and New York before finishing out in Chicago on August 12. Download and watch “Life’s Been Good” HERE. For a full list of dates and to purchase tickets to the Let’s Get It Kraken Tour, visit: https://dirtyheads.com.

Lead singer Jared Watson commented on their new single, ““Life’s Been Good” is the perfect follow up to “Vacation.” It just felt right. If you like the vibe of “Vacation,” if that song impacted your life in a positive way, this is a continuation of that feeling. And I think the story of enjoying life is really what Dirty Heads are all about.”

The band premiered the official music video for the track today as well. Directed and written by the band themselves alongside Black Tee Media’s Jay Teegardin, the video is satirical, capturing the band relaxing in the mountains and the ocean, but ending in tragedy.

They teased fans ahead of their next full-length project, with a reflective compilation album The Best of Dirty Heads last summer, where they joined forces with legendary drummer Travis Barker and Aimee Interrupter of The Interrupters on a song called “Rage.” The song was received positively, with Billboard writing that the collaboration “gives the band’s signature reggae rock sound a new gritty punk flavor.”

Dirty Heads will be bringing their hybrid alternative sound and good vibes to amphitheaters nationwide this summer. They will be joined by GRAMMY-nominated group SOJA as they reconnect with fans on the road. Enjoy a great night of Dirty Heads’ signature alt rock/reggae/hip-hop stylings starting tonight in Seattle, with Tribal Seeds, Artikal Sound System, and The Elovaters also joining the tour as support on select dates. Full list of dates below and tickets available now at: https://dirtyheads.com. 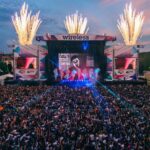