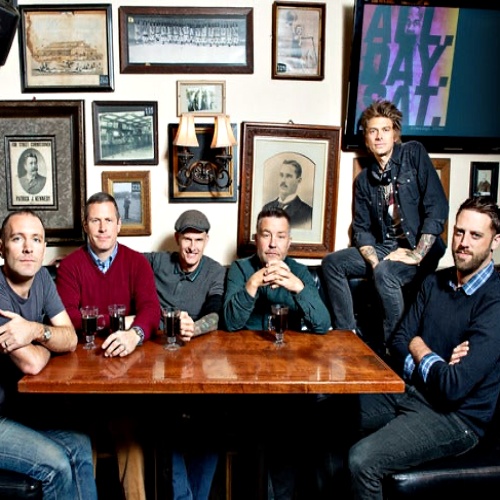 Dropkick Murphys have announced a new album unlike anything they’ve done to date, bringing Woody Guthrie’s words to life on This Machine Still Kills Fascists, to be released digitally and on CD September 30 via the band’s Dummy Luck Music / [PIAS], with a special edition vinyl out in November.

In the 10 songs that make up This Machine Still Kills Fascists, Dropkick Murphys bring Woody Guthrie’s perennial jabs at life – many of which are from the 1940s and ‘50s – into the present, with the resulting music eerily relevant to today’s world. And they’ve done it all without their usual arsenal of electric guitars. In fact, not a single amplifier was used to animate Woody’s words in these songs, but DKM harnessed all of their trademark power to bring Woody’s lyrics to life.

Dropkick Murphys founder Ken Casey explained, “The project has been a long time in the making. Nora Guthrie thought her father would’ve got a kick out of us, would’ve liked us, that we were somewhat kindred spirits so to speak, which to us was a huge honor.”