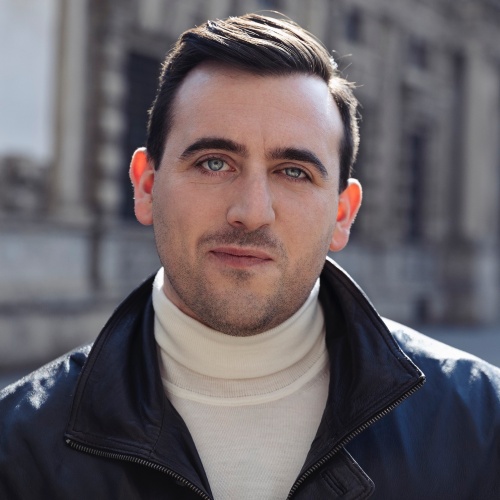 Following rave reviews of his new album Il Tenore and of his triumphant return to the Royal Opera House in Madama Butterfly, British tenor Freddie De Tommaso has topped the Classical Artist Chart and the Classical Specialist Chart for the second time in his early but flourishing career. His first fully-fledged opera album sees De Tommaso bring his soaring verismo tenor to some of the most moving music ever written for the classical voice, featuring arias and duets by Puccini and Bizet. The new album follows his 2021 classical No. 1 breakthrough album Passione.

De Tommaso owes much of his chart success to the way in which tracks like “Nessun Dorma”, the epic aria from Puccini’s Turandot, has performed on streaming platforms. The aria has for decades demonstrated huge popular appeal, most famously associated with Pavarotti (also released on De Tommaso’s label Decca) and Italia 90. Now De Tommaso’s version is having a similar effect, accruing nearly one million streams in just seven weeks, and currently outstreaming Pavarotti’s version on Amazon Music.

“Huge congratulations to Freddie on his brilliant, second number 1 classical album. What differentiates him from his peers is the rate at which this album has been streaming around the world. It has got off to a flying start, particularly his recording of the iconic “Nessun Dorma”. Opera doesn’t usually stream like this! Freddie’s star looks set to shine so very brightly.”

“I am delighted that Il Tenore is number 1 in the classical charts on its opening week. It was such a pleasure to record this collection of arias and duets with my dear friends, Lise, Aigul and Natalya, and I am so glad that the public are enjoying them. Thank you to everyone for listening!”

“British opera’s best (and loudest) hope”, wrote The Times in an album review; “…The strength and fervour in his voice is almost frightening.” “A full-blooded heroic heft that makes him ideal casting for Puccini’s romantic leads. He’s also capable of a disarming sweetness…”, wrote Opera Now, with similar praise coming in for De Tommaso’s performances as Pinkerton in Madama Butterfly at the Royal Opera House. “Freddie De Tommaso, tenor of the moment, brought unusual emotion to the self-serving Pinkerton” wrote The Observer. “De Tommaso added substance to the role of Pinkerton”, praised The Daily Express.

Declared one of The Observer’s “Faces to watch in 2022”, De Tommaso hit the headlines in December 2021 when he made his Royal Opera House role debut as Cavaradossi in Tosca in exceptional circumstances. Not due to make his first appearance until a week later, De Tommaso was called in midway through a performance when Bryan Hymel fell ill. De Tommaso’s performance brought the house down as he became not only the first British tenor to sing the role at the historic venue in 60 years but also the youngest ever. What was called a “historic moment” by The Times was followed by glowing reviews from the critics, with The Mail on Sunday writing, “A star is born. I don’t think anyone who joined in the ovation for 28-year-old Freddie De Tommaso from Tunbridge Wells… could be in any doubt that we were in at the birth of a great career.”