Noah Cyrus unveiled her latest single “Ready to Go” on Friday (June 24) and she sat down with Billboard‘s Tetris Kelly to discuss the meaning behind the tender ballad.

“When I was writing it, it felt like I wasn’t receiving what I was giving to the other person. It seemed like the other person maybe wasn’t as in it as me anymore,” she explains, previously relating the song to her hit “July,” calling the tracks “cousins” due to their thematic similarities.

“If you’re ready to go, yeah, make your move, no, I won’t follow,” she sings in the chorus of the new song. “It’s inevitable and we both know that we’re on borrowed time.”

“Ready to Go” is set to appear on Cyrus’ upcoming album, The Hardest Part, which touches upon her struggles with substance abuse. “It’s funny because when I think of The Hardest Part, it’s not even in the past couple of years that I started the drugs. I feel like it’s kind of been the hardest part of my life,” she tells Billboard.

On the topic of TikTok and whether she feels as though she needs to create viral content to promote her music the way other artists have been pressured to do, Cyrus jokingly replied, “I could be here all day on this. I’m like, ‘How much time do you have?’ Let me get comfortable, kick my feet up.”

Watch a snippet of the interview with Cyrus about, and catch the full conversation out in July. The Hardest Part is set for release on July 15 via RECORDS/Columbia. 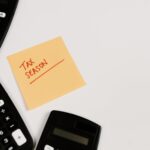 Next Story
How To Promote CPA Offers Effectively?