Danny Hughes (DCPA) is an electronic music producer and DJ from Aledo, Texas. His story began like many musicians’ growing up. Born into a family of musicians, he learned to play the piano, trumpet, guitar, and work with production software in academic music programs as a kid. Danny built a solid foundation in the craft, but eventually pursued an accounting degree in college while at Texas Tech. After graduating in 2011, he worked as a CPA for 9 years in Dallas. Electronic music grew exponentially in the US during this time, prompting him to re-visit his place in the music world. Building an artist career was not easy with a full-time corporate job, but his varied background in business and music allowed him to quickly navigate the modern music industry and connect with those who believed in him, including a production team at Nimble Agency all the way from Amsterdam. From 2016-2020 Danny allocated most of his free time to building his artist career as DCPA, distributed over twenty tracks with Symphonic, traveled the world to attend major festivals, and in 2020 he made the decision to go full time into the music business.

Provide Background of your music career that not many know about:

Thanks for having me on to talk about my music and share my story! Many people might not assume this, but for nearly 10 years prior to starting my artist profile DCPA, I hardly picked up my instruments or music production software. I was a trumpet and guitar player in high school and graduated in 2007. I was mostly an orchestra musician and even played in musicals and a jazz band. It was hard to imagine a full-time career as a musician at the time. Social media was still a very new concept and music streaming was almost non-existent. A lot of talented artists went unnoticed on a global scale, and many were restricted to local fame. I didn’t find my place in music until 2016 after realizing how far electronic music had advanced in the USA and that my music skillset and taste were right in line with the DJ/Producer role. I spent 5 years learning more about the modern craft, polishing up my composition skills and starting to build a profile as DCPA, all while working full time as a CPA in Dallas Texas. I sought help from a Netherlands based studio and agency to tap into the essence of the electronic music space. In 2020 I left my job and moved to Austin Texas to DJ and produce full time!

What has given you thick skin throughout your career?

I’ve always gravitated to or attracted like minded individuals, but many times I’ve found myself being misunderstood when expressing my creative side to others. I think it’s hard for creative types to appeal to certain audiences. We live in a commercialized society, very materially focused, and people often expect a familiar and boxed up version of art or music which reflects their own experiences. Eventually I became numb to those who seemed uninterested or even put off my ideas. I realized they aren’t being convictive; they probably just don’t resonate with it at the moment. Maybe they never will, and that’s OK if I know I’m staying true to myself and emitting positivity. I reflect on my own preferential nature, the fact that I’ve often had my own differences of interpretation or opinion, and therefore other people deserve the same level of respect for their views. When I think of how great I feel making music and performing, and reflect on how it’s helped others, it’s easy to let any temporary outside negativity bounce off.

How do you level with yourself when feedback doesn’t feel right in your music making?

Everyone has a soul tribe, and music becomes the melting pot of those individuals. So, it’s important to find acceptance and find your soul tribe which eventually numbs you to an adverse opinion from someone outside the tribe. Maybe they’ll come back later with a different opinion, I like to keep the bridge open with critics for a future connection. Usually, people don’t take time to criticize unless they see potential in you or want to help. I’m happy to reflect on feedback but brush off those comments which are non-constructive. We all change our opinion on certain things over time or gain a new perspective; in the case of an audience or critic, it could be that negative feedback comes from a lack of perspective. By living through times of peace, and times of hostility or immense pressure, you learn that positivity should always be the embodiment of your craft.

I also think about feedback from a technical point of view. Most musicians must brush off at least a few comments from those reviewers who we perceive as lacking the same experience we’ve had; then there are those times where you say to yourself “Wow this person makes a really valid point, I never thought about it from that angle. I’ll have to improve that element in my next track!”. I always remind myself that music is an ever-evolving space, and despite having its share of technical rules, it’s still an artform where perfection is merely relative.

There is a lot of celebration surrounding your music, how are you celebrating all the success?

Often, I forget to celebrate for myself! But I’ve taken a much-needed vacation this past August to the Netherlands, Belgium, and Switzerland with my family. I met up with my collaborators in Amsterdam for a reunion, and to reflect and discuss the future for DCPA. It’s become a second home to me, and central to my craft. I always leave Europe with a sense of renewal, more perspective, energy, and excitement to press forward!

What is the next big challenge for yourself in this industry?

Consistency is the biggest challenge; I need to break away from the mindset of perfectionism and find the balance between getting on stage and accomplishing my goals in the studio / marketing. As I mentioned, perfection is relative and can mean something totally different from the perspective of the artist vs how their fans see it.  As someone who backed their way into the music industry after working a 10 year long accounting career, I realized that I needed a few years of deflation, contemplation, and risk taking to develop my brand and style. It’s felt like going back to school in a way, it’s a renewed sense of youth. Fresh starts are tough, but ever so satisfying in the long run.

Your journey is special, how would you define it in your own words?

I’m kind of like that dark horse which showed up in a very competitive environment and keeps finding unexpected victories. I don’t see music as a contest per se, so my victories as an artist are mostly existential fulfillment. I just know how much music brings to my life, and my power to change the lives of others with it. I’m grateful that the universe provided me this gift and helped me realize it soon enough.

Trying day in and day out to make sure your music is magic, how do you keep the magic within yourself to keep creating?

Day to day, a lot of rest and reflection are necessary. I never let myself detach 100% from the music. I try to see myself as a musical machine, but one that must be maintained or else it loses its functionality. I spend a lot of time outdoors, free from distractions. This keeps me intuitive and steers me away from negative external forces. I feel myself making a positive impact in the universe every day.

You are spectacular, truly. Give the fans everything they need to make sure they don’t miss out on any of your music!

Thanks again! Follow me on your favorite social and streaming platform below and be sure to preview and add my latest track “I Feel It Too” to your music library! The track is a manifestation of cosmic energy, a reflection of a deep soul connection. I believe many listeners will resonate with its message! It drops officially on September 30th. 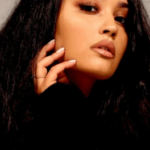