Light Week – only 93 submissions, but there good ones. Here are my picks.

I am the Moon, album by Tedeschi Trucks Band. A four-album (when was the last time that happened!) collection of  24 songs inspired by Eric Clapton’s “Layla”,   and each one explores the double-edged nature of love.  Susan Tedeschi and her husband  Dereck Trucks and the band have assembled  a  must-have music collection built around her guitar chops and voice and the band’s jam blues.  Stream on Spotify. Purchase set at  tedeschitrucksband.com.

Fuimos, video/single by Elsten Torres. Torres takes us to the circus in the video from his  new album  featuring fanciful  animation by Doug Emery. Spanish. Stream on YouTube. Album on Spotify.

Don’t Choose Heaven, single by X.Ari. When X.Ari  had suicidal thoughts she  wrote “Don’t Choose Heaven” to help process the pain.  She combines her pain, her hope, her desperation, her strength is this powerful song. You will feel with her. Stream on all major platforms. Released  in support of American Foundation for Suicide Prevention LA/Central Coast in honor of Suicide Prevention Awareness Month.

Casi, single by Santiago Cruz. Gentle with muted joy, the  Colombian artist and songwriter’s new song was  inspired by the 2004 film “Eternal Sunshine of The Spotless Mind”. Cruz talks to us so personally, you almost believe he is not only in your headphones, but in your living room. Spanish. Stream on all major platforms.

Where the Light Gets In by Kristy Chmura. Simply, intensely beautiful. The five songs on this EP not only showcase her heavenly harp  playing and her angelic voice, but her slice-into your heart lyrics. Stream on all major platforms.

age/sex/location, album by Ari Lennox Lennox pushes some boundaries on this album.  Twelve songs that float with her dreamy R&B Soul. Or move like a heartbeat. Her cadence on “Queen Spice”, and her sinuous vocals and slow beat on” POF” reflect the range in this album. R&B Soul at its best. On all major platforms. 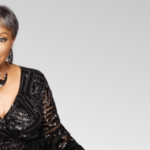 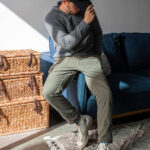 Next Story
Dress Codes, Explained: What To Wear to Everything, From Casual To Dressy To White Tie