Fuse horror & slide guitar in unholy matrimony, and you get the dirtiest blues in the swamp.

K.K. Hammond is a slide guitarist, singer-songwriter channeling the dark and gritty vibe of the swamp and old Appalachia into her personal take on the Blues. She takes her influence from the early Delta Bluesmen of the 1930s including Skip James, Robert Johnson, Son House, Charlie Patton and Leadbelly.

K.K.’s new album, “Death Roll Blues” will be made available on digital, vinyl and CD on the 31st of March  2023 with a single dropping and album presales opening on Halloween: 31st of October 2022.

She took time out of her busy schedule to answer some questions for us, in anticipation of the album’s release…

Who is K.K. Hammond, and where are you from?

I’m a bit of a hermit who lives on a remote farm surrounded by woodland and tend to keep myself to myself as much as I can get away with! Though my grandparents were farmers from far flung countries, I was born in London, England and spent my early years being a city kid. I moved out to the sticks as soon as the opportunity arose and never looked back! No matter how remotely I live I always find myself fantasising about living even further off the beaten track with nobody around for miles. A cabin deep in the Southern swamps would be the dream.

I’m an obsessed slide guitarist and play in a variety of open tunings on Mule and National Resophonic guitars. I use both steel and brass resonators and have gotten a taste for wood recently for its warm, rich tone. All my guitars have pickups on them and function fantastically as duel acoustic resophonic and electric guitars. I have one dedicated electric guitar, a steel Mulecaster which is an absolutely kick ass beast.

How in the world did you come up with the combo of horror meets blues and slide guitar?

I simply combined two of my favourite things, it just seemed to happen naturally without any preplanning! Blues music traditionally arose out of some very hard times for people and has touched upon some dark subject matters historically. Of course, the early folklore surrounding musicians such as Tommy Johnson and Robert Johnson selling their souls to the devil certainly paved the way for the combination of blues and horror themes too. My lyrics tend to be pretty dark and unsettling at times and I felt this was the perfect springboard to launch myself into making horror themed music videos to compliment them. I’m a horror movie affectionado and really love working on film as well as music so I think it was just on the cards that I found a way to combine the two!

What is “The Curse,” and do you believe in curses?

Perhaps my tendency to be a complete hermit and avoid society is a blessing and “the cursed” rolled into one! I don’t really believe in curses in the supernatural sense but I think our own minds, habits and some life situations can act as a personal prison sometimes and we can find ourselves unwittingly bound to some rather unhealthy things, much like a curse of sorts.

Tell us about your travels through Appalachia in the USA, and what you saw, what you gained, what you absorbed?  How did you land back in the UK?

My travels through the USA drew me into some pretty wild adventures from staying on a tiny haunted island for a night to meeting a whole host of crazy and occasionally shady characters in backwater towns. I visited some Amish folk and learned about their way of life. I ate some award winning BBQ and even managed to find myself in the back of a cop car on one particularly eventful night on my birthday! Eventually I found myself missing the farm girl life and got myself a ticket home, now a little older and a little wiser…. I hope.

You cite some pretty legendary blues influences.  How did you discover artists like Robert Johnson, Leadbelly and others?  Do you have any daily personal life influences?

I grew up in a pretty musical household, my Dad played Flamenco guitar and was a regular on the London Rock and roll scene. When I was a young teen, a friend of mine introduced me to the Delta Blues and I was utterly fascinated by how it represented the pioneering roots of almost every subsequent generation of rock n’ roll music. These days there is a flavour of blues to put on for every way that I’m feeling and, honestly, there are not many others genres I listen to any more.

As so far as daily personal influences, I am lucky to have met and become firm friends with some incredibly talented fellow artists in the modern blues and slide guitar scene including David & the Devil, Kaspar “Berry” Rapkin and Van Tastik. I have to say they all serve as a huge influence to me. Not only through their music but via the musical and recording techniques that they have shared with me. We certainly bounce a lot of ideas off each other.

What can listeners expect from your debut album, “Death Roll Blues?”

I am excited for my listeners to hear Death Roll Blues as I feel I have grown my musical talents and song writing skills a lot over the two years I took to record it. I didn’t want to force anything and waited patiently to be touched by real inspiration for each and every track. I’ve experimented with my vocal style and really pushed the boat out musically on a few tracks. The songs also represent a wide variety of moods. Some being extremely dark and sombre, others being upbeat foot-stompers and several having a more laid back vibe.  I feel this album showcases the best of me and I hope my fans will agree.

You’ve gained BBC airplay, spotify streaming success of over 150K so far, and have had #1 iTunes success in the UK.  To what do you attribute your successes, so far?  How have you managed to reach an audience prior to your first album?

It can be difficult to be introspective about your own music and what people like about it. I’m often told that while my music is fairly faithful to the Delta blues, I have my own style which puts a little modern twist on what is essentially classical music. I think this makes it interesting to listen to from a more contemporary perspective too.

I was very lucky that blues DJ Joe Cushley came across me and introduced my tunes to Cerys Matthews at the BBC radio 2 blues show which definitely got me some great early exposure, which I am eternally grateful for. Beyond that, social media has been an excellent way to get in touch with like-minded musicians and build my fan base.

What is the single, “The Ballad of Lampshade Ed,” all about?

The Ballad of Lampshade Ed takes a look into the childhood of the murderer and body snatcher Ed Gein, AKA The Butcher of Plainfield. I had researched his background and learned about his disconcerting relationship with his mother and his subsequent quirks. I found myself wondering how a person could grow from a little boy into such a nefarious character and wanted to examine how and when the seed of such evil was planted, and how it grew.

So, you have about 6 months to the album comes out.  What will you be doing from now, til then?  Are you anxious about the release?  Will fans find you out on the road?

I will be keeping myself pretty busy in the build-up to the release! I just finished working on an extremely exciting production for my music video, ‘The Bone Collector’ with the fantastic Loki films. Next, I’m diving straight into working on another music video for Death Roll Blues (which is the name of the opening song on the album as well as the album’s name itself.) I like to make my releases really fun for my fans with competitions, merch giveaways and exciting teasers but this does keep me very busy!

I’m also thinking ahead and am currently also busy writing some new songs and planning a music video for a single I will be working on with Kaspar “Berry” Rapkin next summer.

All the while I run a working farm so when I’m not working on music or film I’m usually out getting my hands dirty! Being so busy and a bit of a hermit I haven’t planned any tours as of yet. I’ll get round to that some day.

I am definitely anxious about the album release as I’m a perfectionist and want to deliver the best of the best of myself to my fans. This will, by popular demand, also be my premier vinyl release which is all very new to me (having previously released my tracks on digital only) and has presented me with a steep learning curve!

I am so grateful to my fans who have been nothing other than a constant ray of light, supporting and encouraging me to no end. It means the world to me and I hope the album meets their expectations and gives them endless hours of listening pleasure.

Any last words for your fans?  Any advice you can give up-and-coming artists?

I think my advice to up-and-coming artists is to enjoy the process and let your passion for the music be your guide! There can be so much pressure on us as musicians in the social media age with such a heavy focus on the importance of getting views and going viral. I think it’s important to stop once in a while and ask yourself if you are happy and having fun doing what you and doing and examine how to improve that or take a break if you’re not. Stress and worry can present a terrible impediment to my song writing and I try to not lose focus on the reason I started playing music in the first place: because I truly, passionately love it and would continue to love it and play it even if I never get fame and fortune from it.

What are your interests, outside of music?  What do you like to do when you’re not writing, performing or recording?

My main interest outside of music and guitars is herpetology and the natural world in general! I have always had a deep interest and passion for reptiles and providing naturalistic environments for them in captivity to ensure the upmost enrichment in their lives. I currently have a blue eyed leucistic Royal python called Miss Moonshine who is my pride and joy and hope to add a black devil motley boa constrictor to my mini menagerie next year if I’m lucky! 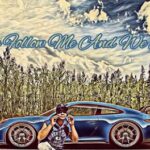 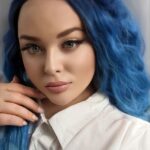