Elizabeth Sombart’s work, not just in front of her piano, has carried her to the highest levels of prominence in the modern classical music world. She has earned the praise and unmitigated respect of her contemporaries and peers for work that captures the original impulse of its authors while revitalizing the compositions for modern audiences.

She has also earned the respect of the world at large for establishing the organization Fondation Résonnance. Fondation has a dual purpose; its primary focus is creating opportunities for free music education where none existed before and the second is bringing music to venues and/or institutions whose residents need its therapeutic potential such as prisons, hospitals, and orphanages, among other living situations. This highlights her willingness to “pay it forward”, in popular parlance, but she curries no favor from the endeavor; instead, altruism is its own reward.

It casts reflected glory on Sombart’s musical contributions. However, even if Sombart didn’t contribute anything but musical release, she still merits mention and examination as one of the classical music world’s pre-eminent talents. The French pianist, born in Strasbourg during the late 1950’s, began studying piano in earnest before her eighth birthday and first performed in public by age eleven. She “woodshedded” for many years after this, studying with an assortment of classical piano greats, before embarking on her career in full. Sombart has proven a popular concert attraction throughout Europe and beyond for many years and it’s back there, in the misty recesses of time, where you can see that her art was born.

She has carried the love of music and its power, however, since birth. You can see that in how she’s used her position and musical acumen to help push a positive agenda and leave the world in a better place, at least a little, than when she found it. It has garnered her recognition and respect she never asked for when the French government decided in 2006 to bestow the rank of Chevalier de l’Ordre National du Mérite for Lifetime Achievement on her and then, in 2008, make her a Chevalier de l’Ordre des Arts et des Lettres. These achievements mean many things but they do signify that Sombart occupies a lofty place in French culture and it’s a perch she rightfully deserves.

Her latest musical outing Singing the Nocturnes only strengthens the case for her artistic and societal merit. She explores the Nocturnes of Frederic Chopin on this release and, as always, one of the chief qualities of her interpretive powers is how she attacks compositions such as this as if she wrote them herself and finished them only minutes before recording. They burn hot and impassioned, yet her skill gives each of the Nocturnes a precise reading as well. It’s an extraordinary accomplishment. It’s an extraordinary accomplishment in a life filled with such accomplishments. There are more to come. Elizabeth Sombart is still on the same path she began traveling as a young girl and it has carried her exactly where she hoped it would – to a full life. 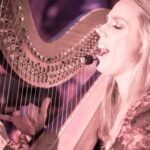 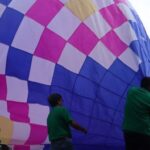 Next Story
Not much music this week, but something really fun …balloons, big ones. – IndiePulse Music Magazine