Online slots are, by far, the most popular games at land-based and internet casinos. Regarding the latter category, over twenty thousand entries in this genre exist, covering virtually every theme imaginable. With so many options, it should be no surprise that branded band picks can get found in real money casinos.

In 2016, NetEnt, one of the world’s top developers of gaming products for real money casinos, decided to explore this motif by releasing a trilogy of rock slots, ones for whose licenses the company paid a pretty penny. The collection paid homage to Jimi Hendrix, Motorhead, and Guns n Roses. The last listed game debuted first from this bunch of three by gracing gambling site lobbies in January 2016. Three months later, following a presentation at the ICE London Expo, the Jimi Hendrix spinner showed up at interactive platforms. And this series concluded with a Motorhead slot getting a wide release in September of that year.

Below, we review the game that kicked off the Swedish developer, now operating under the Evolution umbrella, short dive into rock history, transporting it onto online reels.

Here is the low-down on the Guns n Roses slot. It is a low-medium variance spinner with a hit frequency of 28.49. That means that it chiefly produces smaller-amount rewards. Yet, it does so regularly, making it a perfect fit for modest players. That refers to those who are content with earning smaller profits in their sessions while incurring as little risk as possible.

The RTP of this game in American casinos can vary depending on the operator. It ranges from 90.05% on some platforms to 99.05% on others. The most realistic RTP setting US gamblers can expect to find this game implement is one of 94.07%, accepting bets as low as $0.1 and as high as $200 per spin.

Its grid layout is the standard 5×3 one, with twenty paylines. The songs gamblers can expect to hear when chasing after riches on this NetEnt product are November Rain, Sweet Child O’ Mine, Welcome to the Jungle, Chinese Democracy, and Paradise City. The visuals utilize the band’s members’ likeness, portraying them via rotoscope-like images.

The extra gameplay modes this game has helps it reach engagement levels unseen for online slot entertainment. It has a randomly activated Legends Spin round that supplies three re-spins with two stacked wilds. Then, a solo random multiplier that can increase wins up to 10x. The Appetite for Destruction mode creates a wild cross overlay that churns out jaw-dropping prizes by substituting for all the regular pay symbols.

When players land three bonus symbols on reels one, three, and five, they trigger the Bonus Wheel that arbitrarily selects one from three presented choices. The first is a coin win, the second is the Encore free spins that award ten on-the-house reel rotations, and the third is the Crown Pleaser pick’em feature with three tiers.

Anyone would be hard-pressed to find a more bonus feature-rich slot than this one.

Without argument, this NetEnt release captures a bit of the excitement of seeing these rock and roll Hall of Famers live by spicing up their best-known songs with the thrills that only gambling can produce. The win potential here is a quarter of a million dollars per spin, and there are multiple methods through which internet gamblers can reach this stunning prize, or amounts close to it, on this uniquely diverse game. It is one that fans of Guns n Roses should not miss.

According to online player reviews and interactive gaming analysis hubs, the most reputable sites to play Guns n Roses online slots are 888 Casino and Betway.

888casino was the first regulated casino-style gambling site in the US (New Jersey). It has been around since 1997 and has a user pool of over twenty million. Betway, on the other hand, was founded in 2005, and for the first few years of its existence, it mainly serviced the UK market. Now, it is famous as one of the best international sportsbooks, active in dozens of jurisdictions.

Aside from the other entries in NetEnt’s rock series, more than a few quality music-themed spinners can be found on online casinos’ game pages. For example, NetEnt also has an Ozzy Osbourne slot, and Play’n GO has a N’Sync one. Megadeth, Kiss, Twisted Sister, Deadmau5, and ZZ Top also have reel spinners available for real money play. This article was written in collaboration with gambling experts. 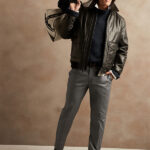 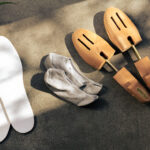