The 2022 Billboard Latin Music Awards, the longest-running and most prestigious award show in Latin music, will take place this year on Sept. 29. The show, produced by MBS Special Events, will air live on Telemundo from Miami’s Watsco Center.

The show, widely considered the standard bearer in Latin music, is the only awards show in the market that honors the most popular albums, songs and performers in Latin music as determined by the actual sales, streaming, radio airplay and social data that informs Billboard’s weekly charts during a one-year period.

The three-hour live award show, which will feature performances by the top names in Latin music, will begin at 8 pm ET, preceded by the one-hour red carpet special “La Alfombra de los Premios Billboard.” The awards will be broadcast simultaneously on Spanish entertainment cable network, Universo, throughout Latin America and the Caribbean on Telemundo Internacional, and on demand next day on Peacock.

As has been the case for over 20 years, the Billboard Latin Music Awards coincide with Billboard’s annual Latin Music Week, the single largest and most important gathering of the Latin music industry, taking place September 26-October 1. Latin Music Week will feature panels, conversations and workshops at the Faena Forum, and exclusive performances and fan experiences throughout the week in Miami.

It will also feature the launch of Billboard Español, Billboard’s new all-Spanish site, which will go live in September. For registration and information on Billboard Latin Music Week go to billboardlatinmusicweek.com. 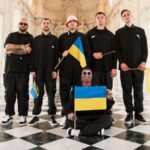 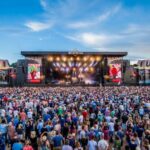