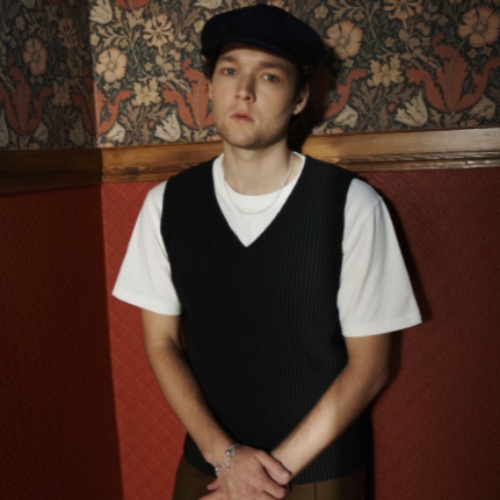 Graduating from his formative years spent building up the courage to take the stage at local open mic nights, Louis has gone on to grace some of London’s biggest and most acclaimed stages. His rapid rise to success has seen him perform sold-out shows at St Pancras Church and Lafayette , right through to a triumphant sold-out show at his dream venue Union Chapel all in just over a year. Louis’ cathartic live show and ardent fan base continues to demand bigger venues, and today he appeases fans with the announcement of his biggest hometown headline show yet at London’s Electric Ballroom, which looks guaranteed to sell out quickly.

The announcement and release follows the release of ‘The Popham’ EP earlier this year, which included lead single ‘Boys Do Cry’, a poignant ode to modern day expectations of masculinity and mental health awareness, ‘The Angel’, a hometown anthem recently adopted by Arsenal fans as their club anthem, and ‘My Generation’. Also included on the EP were ‘Summer in the Manor’, the direct and explosive tracks ‘Bossman’, and ‘Henry The Brave’ – a heart-breaking farewell to a friend no longer with us. Dunford’s vivid lyricism and eclectic sound continues to invite listeners into his complicated, honest and humorous world.