Kate Bush could complete her incredible comeback with a U.K. chart crown for “Running Up That Hill.”

The iconic English singer’s 1985 hit has found fresh legs, thanks to its inclusion in the fourth season of Netflix’s popular sci-fi series, Stranger Things.

Last Friday (June 10), the single lifted to No. 2 on the Official U.K. Singles Chart, for a new chart best.

It could go one better. Based on sales and streaming data from the first 48 hours in the chart week, “Running Up That Hill” lifts into top spot.

If it keeps its momentum, “Running” would end Harry Styles’ 10-week unbroken streak atop the survey with “As It Was,” currently at No. 2 on the First Look chart. And it would give Bush her second leader, after her debut “Wuthering Heights” scaled the chart back in 1978.

Thanks to Max Mayfield and the rest of the characters from Stranger Things, “Running Up That Hill” has cracked the Top 10 on the Billboard Hot 100, and, last Friday, went to No. 1 for the first time on the ARIA Singles Chart.

The Stranger Things effect is spilling over onto the U.K. albums chart, where, as previously reported, Bush’s career retrospective The Whole Story flies 76-19.

Meanwhile, the highest new entry on the U.K. chart blast belongs to BTS, with “Yet to Come.” Lifted from the K-pop phenomenon’s Proof anthology, which dropped last week, “Yet to Come” starts at No. 11 on the early chart and is set to become the boyband’s eighth U.K. Top 40 title. 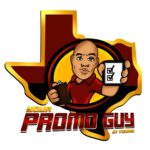