How I Got Affiliates to Promote My Product

Affiliates weren’t promoting for me, and I had somebody tell me that affiliates don’t promote until you have fifty or a hundred sales. So what am I going to do to get over this?

The light bulb went off. What about solo ads? Instead of sending my solo ads to an opt-in form, or instead of sending them to some “Thank-You” page, I can immediately get the subscriber if I send them to the WSO (Warrior Special Offer) page, and then I would just send them to whatever my current WSO was, and get fifteen, or twenty, or thirty sales, I found that was paying for my solo ads prices, not completely, but it was helping pay for it. Then with my back end it was paying for it.

This allows me to monetize my solo ad leads, and so I was just buying solo ads left and right, sending them to a WSO (it didn’t even have to be my current one – it might be the top performing one). Send it to a WSO, get as many buyers as possible, put them into my twenty-one day conversion campaign, where people were spending like $18 – $20 within twenty days in the conversion campaign, by enrolling in coaching, prepaying some things, just various things that were in the integrated conversion campaign that I put together. It was really a phenomenal thing.

Now you’re thinking “Why are you telling me all of this?” I want you to see the WHY behind it. Because, one of the things that happens in your business, you may find, is that you hit obstacles, and you just don’t know what to do.

I hit an obstacle and solo ads weren’t performing as well, so I decided I’d stop those. Then I saw the opportunity on the Warrior Forum and I put them together like I described above. Then I ran into another obstacle!

Solo ad providers stopped being willing to sell me ads that just went to the WSO forum because they weren’t getting as many clicks. Then, if they don’t get as many clicks, they don’t make as much money. So, the bottom line was I had a harder and harder time finding ways to do that, but! but! by now, I had hundreds of WSO buyers, that I had gotten through these solo ads, now if I launched a WSO, I could send it out, send it only the buyers that had bought from me before, that way I would keep my conversion rate really high. And then people would buy, and I’d get my fifty, or a hundred sales, and then affiliates started noticing, and started promoting for me.

How am I ever going to scale? People are either sending out a test e-mail, or all these people had really small e-mail lists, and, I think there’s a mix of both. But, then, the big break happened.

Some of those affiliates, when they bought my product, they would study it themselves, and then they realized that I had really good training, and then when they promoted it to their list, they would tell the people that it was really good training, they would want to promote for me, they would start promoting for me on the first day instead of waiting until there were fifty or a hundred sales. Why? Not because of anything special at the Warrior Forum, not because of any hot copy, I don’t write hot copy, I write copy that gets the job done.

But people were choosing to promote for me because they liked me!

Because I offered phenomenal training. And I think that that’s something that motivated me, and said this is something that is very, very, very interesting. And then what happened was you know a few affiliates that really could pull a hundred or two-hundred sales, they started promoting for me. And then they would even send me e-mails that would say, “hey, when you’re going to launch something, let me know I’d like to promote for you.” Sight unseen, why? Because of the quality of the product, and so what do I leave you with when I say this. Your product’s got to be great. It’s got to have high quality. 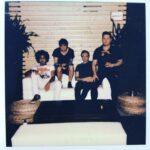 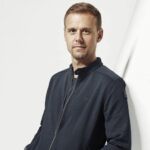