Lavinia Fontana – An Artist From the Mannerist School of Art

Italian Mannerist painter Lavinia Fontana was born in 1552 in Bologna. Her father Prospero Fontana (1512-97) was a fresco artist of the School of Bologna, who even trained her initially on the youthful Mannerism. Later, Lavinia progressed towards Carracciesque style, which dealt with quasi-Venetian coloring. Italian Renaissance artist Sofonisba Anguissola (1532-1625) highly influenced her work.

‘Monkey Child’ (1575) is her earliest known painting. Her second painting ‘Christ with the Symbols of the Passion’ (1576) is still at the El Paso Museum of Art, El Paso, Texas, USA. Lavinia was known among the affluent for her ability to integrate the intricate work of fabrics, rich gold jewels, and textures into her rich images. She was famous for the attention she paid on the details like the poses and the use of delicate palette. She was exceptionally good at painting large-scale mythological and biblical figures, including female and male nudes. Unfortunately a few of her competent art works such as ‘Queen of Sheba visiting Solomon’ (1598-1600) and ‘Venus; the Virgin Lifting a Veil from the Sleeping Infant Christ’ have mistakenly been attributed to the Italian Baroque artist Guido Reni (1575-1642).

At the age of 25 Lavinia met painter Giano Paolo Zappi at her father’s workshop and got married to him in 1577. They formed a very successful partnership that facilitated a successful life for them. While Zappi assisted Lavinia with her art and cared for their eleven children, Lavinia concentrated on her paintings and providing for the family. At twenty-seven, a Dominican scholar and church historian Pietro Ciaconio (1526-81) commissioned her self-portraits. ‘Self-Portrait Seated at Her Desk’ (1579) was the product. Fontana has more than 135 refined oil paintings to her credit. She is considered as one of the most successful female artists before the 1700s. ‘Portrait of a Noblewoman’ (1580), ‘Portrait of the Gozzadini Family’ (1584), ‘Allegory of Music’ are a few examples of her excellence in creating female forms on canvas.

By the age of thirty, Lavinia Fontana had gained ample fame in her devotional genre of art. ‘The Holy Family’ (1575), ‘Jesus Appears to Mary Magdalen’ (1581), and ‘The Dead Christ with Symbols of the Passion’ (1581), are few of her highly appreciated creations in the style. While she created ‘St. Francis of Paola Blessing a Child’ (1590) for the Church of Santa Maria della Morte in Bologne, her ‘The Holy Family with the Sleeping Christ Child’ adorns the Escorial Palace in Madrid, Spain. In 1603, Lavinia and her family moved to Rome upon Pope Clement VIII’s (1536-1605) invitation. There she executed her famous 20-feet altarpiece ‘The Stoning of St. Stephen Martyr’ for the Papal Palace, Vatican. In 1611, sculptor Felice Antonio Cassoni (1559-1634) honored her contribution to the field of Arts. She was also nominated into the Accademia di San Luca of Rome. On August 11, 1614, at the age of 62 Lavinia Fontana died. 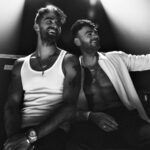