The Man Who Unlocked the World

When men first went to the moon, they planned with mathematical precision where they were going and how they were going to get there. And they could communicate with home. But when Ferdinand Magellan’s five little wooden ships most of them about 70 feet [21 m] long, comparable in length to a modern semitrailer left Spain in 1519, they sailed into the unknown. And they were utterly alone.

Among the boldest, most courageous navigational feats of all time, Magellan’s voyages are a monument to the Great Age of Exploration an age of courage and fear, elation and tragedy, God and Mammon. Let’s go back, then, to about 1480, when Ferdinand Magellan was born in northern Portugal, and take a look at the remarkable man who unlocked the world and at his epic journeys.

From Court Page to Fearless Mariner

The Magellan family are members of the nobility, so, as is the custom, while Ferdinand is still a young lad, he is called in as page to the royal court. Here, besides getting an education, he learns firsthand of the exploits of men like Christopher Columbus, who has just returned from the Americas after having sought a western sea route to the fabled Spice Islands (Indonesia). Young Ferdinand soon dreams of the day when he too can hear the slap of canvas overhead and feel in his face the spray of unexplored oceans.

Sadly, in 1495 his patron, King John, is assassinated and Duke Manuel, who is keen on wealth but not on exploration, takes the throne. For some reason, Manuel dislikes 15-year-old Ferdinand and for years ignores his requests to go to sea. But when Vasco da Gama returns from India, loaded with spices, Manuel smells great wealth. Finally, in 1505, he gives Magellan permission to go to sea. Magellan sets off for East Africa and India in a Portuguese armada to help wrest control of the spice trade from Arab merchants. Thereafter, he sails farther east to Malacca with another military expedition.

During a skirmish in Morocco in 1513, Magellan gets badly wounded in the knee. As a result, he limps for the rest of his life. He asks Manuel for an increase in his pension. But Manuel’s animosity is not lessened in the least by Magellan’s recent exploits, sacrifice, and valor. He sends him on his way with barely enough to live in genteel poverty.

At this lowest point in Magellan’s life, he receives a visit from an old friend, the famous navigator João de Lisboa. The two discuss ways of reaching the Spice Islands by going southwest, through el paso a strait rumored to cut through South America and then across the ocean that Balboa recently discovered when he traversed the Panamanian isthmus. They believe that on the far side of this ocean lie the Spice Islands.

Magellan now aches to do what Columbus failed to do find that western route to the Orient, which he believes is shorter than the eastern route. But he needs financial backing. So, still smarting from the heat of Manuel’s wrath, he does what Columbus himself did some years earlier he seeks the patronage of the king of Spain.

With charts laid open, Magellan presents his arguments to Spain’s young sovereign, Charles I, who is most interested in Magellan’s western route to the Spice Islands, for this would preclude trespassing on Portuguese shipping lanes. What is more, Magellan tells him that the Spice Islands may actually be in Spanish territory, not Portuguese! See the box “The Treaty of Tordesillas.”

Charles is won over. He gives Magellan five old ships to refit for the expedition, makes him captain-general of the fleet, and promises him a share in the profits from the spices brought home. Magellan immediately starts to work. But because King Manuel slyly attempts to sabotage the project, it takes more than a year before the fleet is finally ready for its epic voyage.

“The Greatest Navigational Feat in History”

On September 20, 1519, the San Antonio, the Concepción, the Victoria, and the Santiago largest to smallest follow Magellan’s flagship, the Trinidad, the second-largest vessel, as they sail for South America. On December 13, they reach Brazil, and under the majestic gaze of Pão de Açúcar, or Sugarloaf Mountain, they enter the beautiful bay of Rio de Janeiro for repairs and provisions. Then they continue south into what is now Argentina, ever alert for el paso, the elusive passage to another ocean. Meantime, the days get colder and icebergs appear. Eventually, on March 31, 1520, Magellan decides to winter in the cold harbor of San Julián.

The voyage has now taken six times longer than Columbus’ first Atlantic crossing and still no strait! Morale is as frigid as the San Julián weather, and the men, including some of the captains and officers, are desperate to go home. It is no surprise when mutiny erupts. But through quick, decisive action on Magellan’s part, it fails, and two of the ringleaders are killed.

The presence of strange ships in the harbor naturally piques the curiosity of the hardy and big local inhabitants. Feeling like dwarfs next to these giants, the visitors call that land Patagonia from a Spanish word meaning “big feet” its name to this day. They also observe ‘sea wolves resembling calves in size, and black and white geese that swim underwater, eat fish, and have beaks like crows.’ Yes, you guessed it seals and penguins!

Polar latitudes are prone to sudden, violent storms, and before winter is over, the fleet suffers its first casualty the tiny Santiago. Fortunately, though, the crew are rescued from the grounded wreck. Thereafter, the four remaining ships, like battered little winged moths in the thrall of unremitting icy gales, pound their way south into ever colder waters until October 21. Through spray and sleet, all eyes are locked onto an opening to the west. El paso? Yes! At long last, they turn and enter the strait that is later known as the Strait of Magellan! Yet, even this moment of triumph is tarnished. The San Antonio deliberately disappears in the maze of the strait and returns to Spain.

The three remaining ships, flanked by bleak fjords and snowcapped peaks, doggedly force their way through the tortuous strait. To the south they spot countless fires, possibly from Indian camps, so they call that land Tierra del Fuego, “Land of Fire.”

After five harrowing weeks, they sail out into an ocean so peaceful that Magellan names it the Pacific. The men pray, sing hymns, and salute their conquest with their cannons. But their euphoria is short-lived. Woe beyond anything they have so far experienced awaits them, for this is not the small sea they expected it goes on and on and on, and the men get hungrier and weaker and sicker.

Antonio Pigafetta, a hardy Italian, keeps a journal. He writes: “Wednesday, the twenty-eighth of November, 1520, we . . . entered into the Pacific sea, where we remained three months and twenty days without taking in provisions . . . We only ate old biscuit reduced to powder, and full of grubs, and stinking from the dirt which the rats had made on it . . . , and we drank water that was yellow and stinking. We also ate the ox hides . . . , the sawdust of wood, and rats which cost half-a-crown each, moreover enough of them were not to be got.” Thus, as fresh trade winds fill their sails and clear water slips beneath their keel, the men lie rotting from scurvy. Nineteen die by the time they reach the Mariana Islands, on March 6, 1521.

But here, because of hostilities with the islanders, they manage to get only a little fresh food before sailing on. Finally, on March 16, they sight the Philippines. At long last, all the men eat well, rest, and regain their health and strength.

A deeply religious man, Magellan there converts many local inhabitants and their rulers to Catholicism. But his zeal is also his undoing. He gets involved in an intertribal dispute and, with just 60 men, attacks some 1,500 natives, believing crossbow, musket, and God will assure him victory. Instead, he and a number of his men are killed. Magellan is about 41. Loyal Pigafetta laments: ‘They killed our mirror, light, comfort, and true guide.’ A few days later, some 27 officers who had done no more than watch from the safety of their ships are put to death by once friendly chiefs.

When Magellan died, he fell in familiar waters. A little to the south lay the Spice Islands and to the west, Malacca, where he had fought in 1511. If, as some historians think, he sailed to the Philippines after the battle at Malacca, then he did, indeed, circumnavigate the globe though not, of course, in one voyage. He had reached the Philippines from both the east and the west.

As so few men now remain, working three ships is impossible, so they sink the Concepción and sail the remaining two vessels to their ultimate destination, the Spice Islands. Then, having loaded up with spices, the two ships separate. However, the crew of the struggling Trinidad are captured by the Portuguese and imprisoned.

But the Victoria, under the command of ex-mutineer Juan Sebastián de Elcano, gets away. Avoiding all ports bar one, they risk the Portuguese route around the Cape of Good Hope. Not stopping for victuals, though, is a costly strategy. When finally they reach Spain on September 6, 1522 three years from when they left only 18 sick, emaciated men have survived. Still, they are earth’s first undisputed circumnavigators. And De Elcano is a hero. Incredibly, the Victoria’s 26 tons of spices pay for the entire expedition!

For years Magellan is denied his true place in history. Swayed by the reports of the mutinous captains, the Spanish smear his name, saying he was harsh and incompetent. The Portuguese label him a traitor. Sadly, his log vanished when he died, probably destroyed by those it would expose. But thanks to the indomitable Pigafetta one of the 18 circumnavigators and about 5 other members of the expedition, we have at least some record of this tragic, yet extraordinary, voyage.

In time, history revised its judgment, and today the name Magellan is duly honored. A strait bears his name, as do the Magellanic Clouds two fuzzy southern galaxies first described by his crew and the space probe Magellan. And, of course, we owe the name of the world’s largest ocean the Pacific to Magellan.

Indeed, “no human voyage of such importance would be made until Apollo 11 landed on the Moon 447 years later,” writes Richard Humble, in The Voyage of Magellan. Why was the voyage so important? First, it proved that the Americas were neither part of nor close to Asia, as Columbus had thought. Second, at the end of the voyage, a one-day discrepancy in dates pointed to the need for an international date line. And, finally, as science writer Isaac Asimov said, it showed that the earth is a sphere. Yes, in this latter respect, Magellan demonstrated in a practical way what the Bible itself had been saying for 2,250 years. (Isaiah 40:22; compare Job 26:7.) No doubt the deeply religious man who unlocked the world would have been pleased with that. 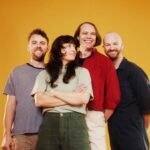 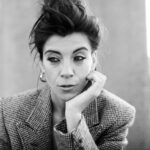